The doctors at the hospital considered her very lucky as the rusty knife hadn't damaged any of her vital organs. 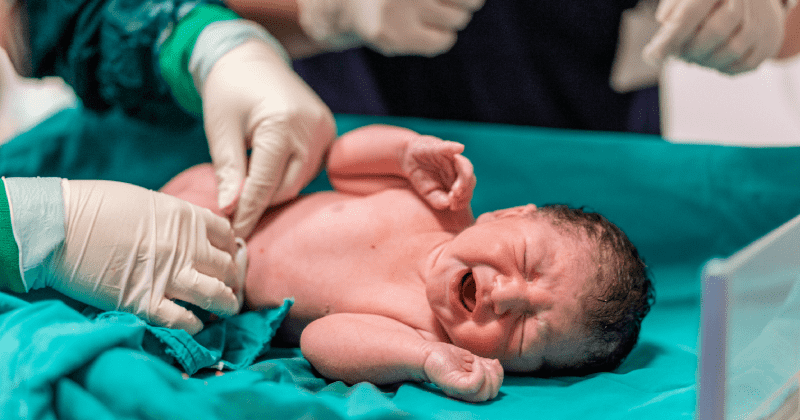 Trigger warning: Contains details of child abuse that some readers may find distressing

A two-day baby was found abandoned in a plastic bag with a rusty knife in her back but she miraculously survived. The incident happened in Argentina where the baby was found with multiple stab wounds by a 31-year-old gym instructor. Diego Sebastian Penayo was passing by the Costanera Oeste Avenue in Posadas when he suddenly heard faint cries of a baby. He investigated the source of the noise and found an abandoned infant. The baby was wrapped in a pink and blue colored blanket and kept inside a plastic bag. As he helped the baby out of the bag, he was shocked to find a rusty knife sticking out of the baby's back, reported The Daily Mail. He was even more stunned to see that the baby had multiple stab wounds and was still alive despite having a knife stuck in her back.

Diego didn't attempt to remove the knife for the fear of inflicting further injury and took her to the police station. She was rushed to the Paediatric Hospital Dr. Fernando Barreyro for treatment where the knife was removed by medical professionals. Doctors were shocked by multiple stab wounds and they all appeared to have been made with the rusty knife. The doctors considered the baby lucky as the rust prevented the knife from making any puncture marks or grievous injuries, including damaging any of her vital organs. The hospital said the baby is recovering and will survive the injuries. "The baby is currently stable, and we believe that she will survive," said David Halac, a spokesman for the hospital. It was revealed that the knife found on the baby's back was manufactured by a company named Tramontina. The staff at the hospital said it was nothing but a miracle that the baby had survived multiple stab wounds, especially considering the baby was just 2-days old.

The authorities opened an investigation into the matter and found the mother. The doctors' suspicion that the baby had been a day or two old was confirmed by the mother who told the cops that she "gave birth and left hospital Dr. Ramon Madariaga Treble to go to a nearby street, where she abandoned the newborn girl." The cops didn't divulge the identity of the mother as it was a sensitive matter. The staff at the hospital named the baby, Esperanza, which translates to hope, which they felt symbolized her survival. However, Daily Star later reported that she was renamed Milagros, which translates to miracle. A miracle she definitely is. The gym instructor Diego Sebastian Penayo could have taken another road on that fateful day and she wouldn't have made it.

The hospital spokesman David Halac said the doctors were very cautious about treating her with strong antibiotics for the fear of causing any infection. "It's a rare postoperative precaution, but normally babies a few days old haven't been injured with a rusty knife," said Halac. He also confirmed that the baby was now breathing without any aid. The community is now coming forward to help the baby by donating essential baby items such as blankets, and clothing. "We brought a little of everything we have been collecting. We are going to try to bring a little more every Friday. We’re very happy because this will also benefit other children," said María Inés, one of the organizers of the collection.