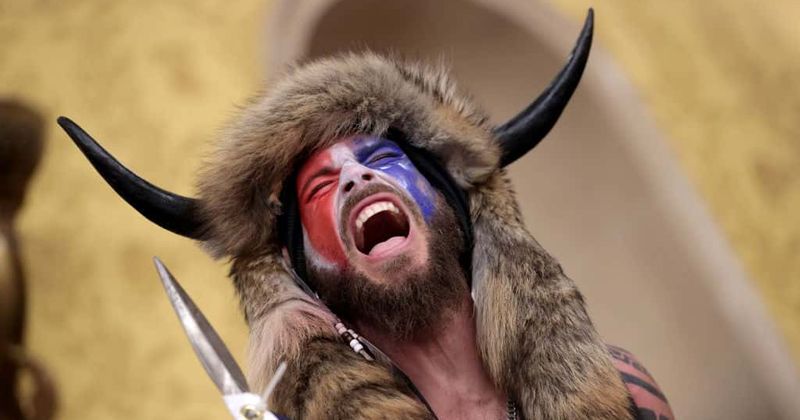 We've already seen the dangerous consequences of conspiracy theories and their believers in the Capitol riots. Many who participated in the riots in February were supporters of QAnon, the far-right conspiracy theory group. They came into the limelight in 2017 and thrived under Donald Trump's administration and continue to so even now. At least 15 percent of Americans believed that "the government, media, and financial worlds in the U.S. are controlled by a group of Satan-worshipping pedophiles who run a global child sex trafficking operation" based on a recent poll according to Public Religion Research Institute (PRII).

A survey released by the Public Religion Research Institute found 15% of Americans believe a QAnon conspiracy that the government is controlled by a cabal of Satan-worshipping pedophiles. We spoke to people whose loved ones are among the believers. https://t.co/x0XI5BqHJ1

The non-profits PPRI and the Interfaith Youth Core (IFYC) conducted the survey which highlighted more worrying trends. As much as 23 percent of Republicans believe the aforementioned as compared to 7 percent of Democrats. The poll asked people three questions based on the main tenents of QAnon. The second question revolved around a possible change of those in power. As many as 1 in 5 Americans (20 percent) agreed with the statement that: "There is a storm coming soon that will sweep away the elites in power and restore the rightful leaders."

Of this, three in ten Republicans (28 percent) agreed with the statement as compared to 14 percent of Democrats. At least 15 percent of Americans noted that “Because things have gotten so far off track, true American patriots may have to resort to violence in order to save our country” the poll added.

"If [QAnon] were a religion, it would rival the size of white evangelical Protestants or white mainline Protestants, very mainstream religions in the country today."
PRRI CEO @robertpjones https://t.co/NHphsYAZrG

The majority of those who are likely to believe in the QAnon conspiracy are Republicans (28 percent) as compared to Democrats (7 percent). Thus, it's little wonder that most of these QAnon believers get their news sources from outlets and media organizations that are also more open to propagating such theories. "Around four in ten Americans who say they most trust far-right news outlets such as OANN and Newsmax (40 percent) for television news agree that "the government, media, and financial worlds in the U.S. are controlled by a group of Satan-worshipping pedophiles who run a global child sex trafficking operation," the poll stated.

Robby Jones, the founder of PRRI said in an interview with The New York Times, "These are words I never thought I would write into a poll question, or have the need to, but here we are"

via @NYTimes 20 percent of respondents in a recent US poll said that they thought a biblical-scale storm would soon sweep away evil elites and “restore the rightful leaders.” This does not suggest a return to normal after Trump. https://t.co/eADctLJx1h

While most Americans did not agree with QAnon conspiracies, a majority didn't totally deny them. The poll also had a category called “QAnon doubters” that included those who “mostly disagreed” with the outlandish statements, but didn’t outrightly reject what they propogated. As expected, this category was also dominated by Republicans at 55 percent. In total contrast were Democrats, 58 percent of whom rejected anything from QAnon. “Thinking about QAnon, if it were a religion, it would be as big as all white evangelical Protestants, or all white mainline Protestants. So it lines up there with a major religious group,” Jones added. The poll further highlighted the wide prevalence of the QAnon belief among "white evangelical Protestants, Hispanic Protestants, and Mormons."

26% of Hispanic Protestants and 25% of white evangelical Protestants believe that the government, media, and financial worlds in the U.S. are controlled by a group of Satan-worshipping pedophiles who run a global child sex trafficking operation. https://t.co/mIgxoLPMOq

Jones added the popularity of QAnon theories among these religious groups was closely linked with "apocalyptic thinking“ that is also part of these religionsgroups. Jones added, "It’s one thing to say that most Americans laugh off these outlandish beliefs, but when you take into consideration that these beliefs are linked to a kind of apocalyptic thinking and violence, then it becomes something quite different.”  The poll was conducted in March, and involved 5,625 respondents, and was released a few days ago.