Valentina Orellana-Peralta had gone shopping for a dress with her dress two days before Christmas when she was shot. 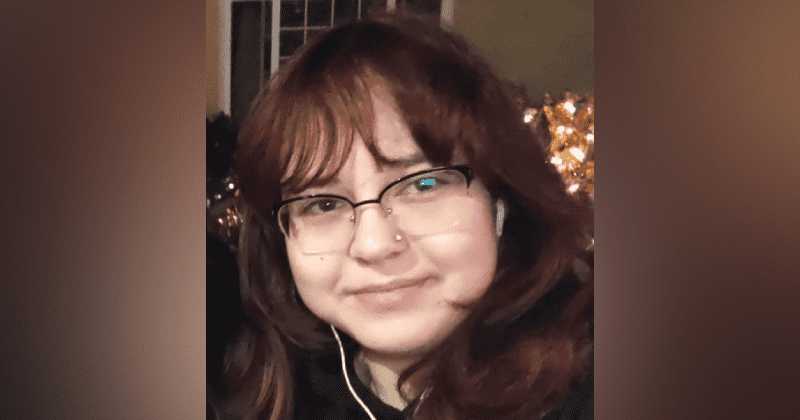 Valentina Orellana-Peralta was out shopping for a Christmas dress with her mother when she was fatally shot by the police. Valentina hails from Chile, and it was her dream to become an American citizen but it wasn't to be. Her parents are heartbroken after they thought their daughter was safe in America. Valentina had moved to America along with her family just six months back, reported CNN. When her father, Juan Pablo Orellana Larenas once asked her about her safety in America, she responded that it was "the safest country in the world." For Valentina, it certainly was not, after being shot by a police officer who was aiming at someone else at a Los Angeles clothing store.

The cops were responding to a report of a man attacking customers with a bike lock. He was seen attacking several women customers. The cops fired at him to take him down. People started screaming in the clothing store and Valentina and her mother, Soledad Peralta, decided to take cover in a dressing room at the store. "We sat down and held each and prayed," recalled Peralta. But then, a bullet came through the dressing room window and struck Valentina in the chest. She fell to the floor immediately.

The father of 14 yo Valentina Orellana Peralta says her Christmas present - a skateboard for her new life in LA - arrived the day after she died. He said he will bring it to her grave so she can skate with the angels. #JusticeForValentina pic.twitter.com/fJ3GKocuBv

Peralta said it was the most pain she'd ever felt. "She died in my arms," she said at a press conference alongside civil rights attorney Benjamin Crump outside LAPD headquarters. "I couldn't do anything. To see a son or daughter die in your arms is one of the greatest and most profoundly painful things you can imagine. Valentina meant to world to me and her family and friends. Now our sweet angel is gone forever. Valentina give us strength to find justice. My daughter, I love you."

A few days ago, an LAPD officer accidentally shot and killed Valentina Orellana Peralta, a 14-year-old girl trying on dresses for her quinceañera. The cop was shooting at an assault suspect – who didn't have a gun, either.

Valentina's father Orellana Larenas was in Chile at the time of the fatal shooting and had intended to visit his family for the holidays. He was also hoping to take his daughter to a LA Lakers game. "I have no words to describe what I'm going through, especially during this holiday season," said Valentina's father. "I cannot sleep... All she wanted was to become an American citizen. I once told her, let's leave this country. 'No, papa,' she said. "This is the safest country in the world, a country of opportunity.' Now my daughter is dead at the hands of the state." Friends and family described her as a bright student. "The girl's American dream has been taken from her," said Valentina's uncle, Rodrigo Orellana.

Just days before Christmas, Valentina Orellana-Peralta was trying on Quinceañera dresses w/ her mom when police started shooting at a suspect outside of the dressing rooms. A stray bullet from an officer’s assault rifle struck & killed Valentina. Her death was preventable! pic.twitter.com/4FLs3WVrbj

Crump is one of the many attorneys representing Valentina's family. "Never should this 14-year-old little girl end up as collateral damage at a shopping plaza," said Crump at the press conference. On Monday, LAPD Monday released edited surveillance footage and police body camera videos capturing the shooting. Bodycam footage of several police officers show the woman covered in blood. Questions have been raised as to whether cops should have opened fire in a department store. No firearm was recovered from the attacker. "They're supposed to be the best police department in the world and they shot her," said her uncle.

This is 14yo Valentina Orellana-Peralta. A few months ago, her family moved to Los Angeles from Chile in search of a better life. Tragically, Valentina was killed just a few days before Christmas. pic.twitter.com/mZxFFBMjXn

"Words cannot convey our utter sorrow over the loss of Valentina Orellana-Peralta," read a statement released Los Angeles Police Protective League. "We pray for Valentina's family as they cope with this unbearable tragedy and we also pray for the officer involved in this incident as he is devastated over what occurred." Police Chief Michel Moore also addressed the incident. "This chaotic incident resulting in the death of an innocent child is tragic and devastating for everyone involved. I am profoundly sorry for the loss of this young girl's life and I know there are no words that can relieve the unimaginable pain for the family," said Moore.