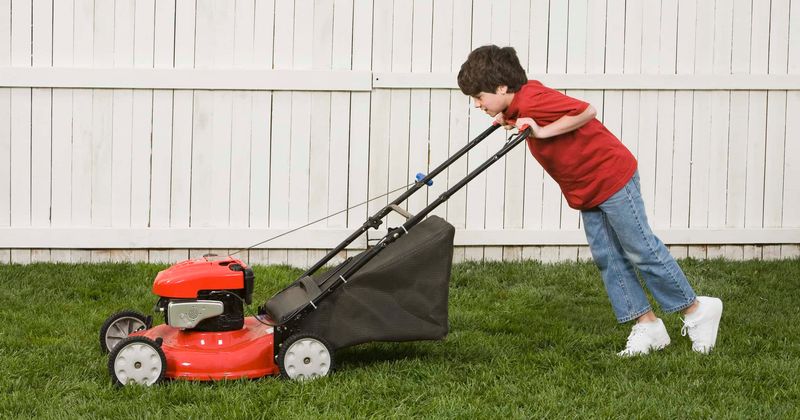 A 14-year-old who just lost his grandpa has vowed to mow the lawn of 50 veterans in his memory. Nathan Adams wanted a job but then he realized he was too young to have one. He decided to start his own business and hit upon the idea of starting one by mowing people's lawns. For that, he needed to get his own equipment. He already had the skill set needed for the job, something he said his late grandfather had instilled in him. Speaking to Fox News about his grandfather's lessons, he said, "When I was strong enough to push them over. He taught me how to start it and how to make it look good." No wonder he was known as "the lawn kid" in the community he added. He already had some clients. All he needed now was some funding to buy the tools for the job.

He raised his own money for the purpose and got a mower but it soon broke down while he was on the job. But a heartwarming thing happened. Members of the community and his past clients who knew donated so he could get the proper supplies. One of them was a worker at Lowe's who convinced his company to donate a new lawnmower and other equipment, to the boy. Angela Adams, the boy's mother called it "a crazy turn of events." The new mower was described as "the Cadillac of mowers," according to Adams. He was someone who was very close to his grandfather, a military veteran, and a volunteer firefighter. He told him to use his skills for the good of others. Adams knew he had to honor his memory. "My grandfather passed in February, and I thought that maybe in his honor since I had my own business, I could cut lawns for veterans for free," he said.

He has seen off with a goal of mowing 50 lawns for 50 veterans. Angel said, "I think my dad is looking down on Nathan…with so much pride because my dad was a fighter and as a veteran, he taught myself, my sister, and the grandkids that we should always be thankful to our veterans because they're the reason why we get to be free and make decisions." The first mowing is free and he gives a discount to veterans each time he comes back. Mother and son have been posting about the work in order to win more clients. Along with a freshly cut lawn, they also post a picture of lawn with an American flag. Adams has received donations of various kinds like military apparel from various veteran organizations. In another case he got a "coin and a patch that's been all over the Middle East," according to his mother.

The proud mother said Adams is showing the world how even a kid can bring cheer into people's lives. "There's always a way to put good into the world when it seems like there's so much bad going on," she said. And of course people have taken notice. Chris Dearing commented on Facebook: We love to see people like you help and give back. My dad spent 30 years in the military after being blown up. I enjoy cutting and helping my dad. I always remember like this young kid does. I remember what these soldiers have done. And I do what I can to help. Thank you for thinking of our soldiers it means a lot to me and my dad. If you are ever out this way we would be glade to have you cut our grass. Thank you again young man.

Joyce Greiner added: Awesome you sure don’t see many kids offering to help older people in need like we did when we were kids