The girl of the same age was walking in an open land at a park in Wigan, UK. 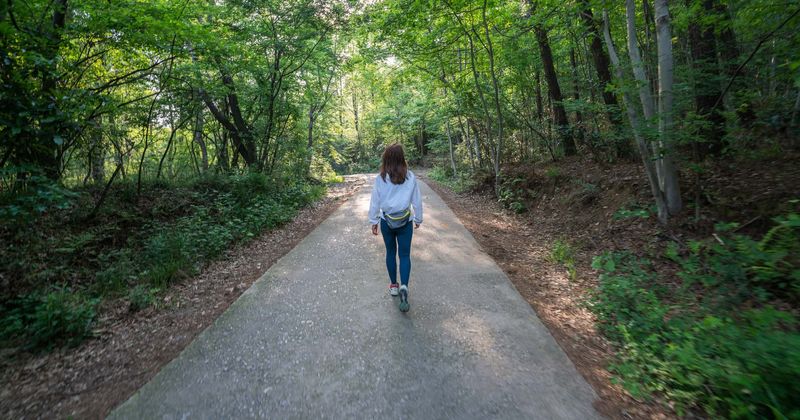 Trigger Warning: The story is about a rape case that readers will find disturbing

A 14-year-old boy in the UK was arrested for raping a girl of the same age. The accused apparently approached the girl while she was walking on some open land near Westleigh Park in Leigh, Wigan. He then dragged the victim to some bushes nearby and committed the heinous crime. The accused fled the scene after the incident, which took place between 4 p.m. and 5.30 p.m. on April 22. The police immediately got to work and also appealed to the public for any information related to the crime. The boy was finally arrested as a suspect on Saturday. According to the Guardian, Superintendent Mark Kenny of Greater Manchester Police said: “This has been a fast-paced investigation and, as a result of our inquiries, we have now made an arrest." He added there would be "increased police presence" in the area in the coming days.

He, however, assured there was "no wider threat to the public following this attack." The police are no longer looking for the accused or any information related to the accused. They are however still open to hearing from people who might have more information related to the case. They should call the police on 0161 856 7251 quoting incident 1033 of April 23, 2021. Alternatively, call Crimestoppers, anonymously, on 0800 555 111. “I would also like to thank those members of the public who have already come forward with information...Our thoughts remain with the girl and her family as she continues to receive specialist care,” Superintendent Kenny added. In an earlier statement, the top cop said the victim had shown "immense bravery" while recounting a "detailed description" of the offender.

I'm guessing some people may have a rough idea about who the possible suspects of this horrible, despicable crime are. https://t.co/qrGjrZbdU3 via @MailOnline

The attack took place during daylight hours at a place where there were many homes and businesses along roads accessing Westleigh Park and fields. Cops had asked these establishments and the people who stayed nearby to review their CCTV or dash-cam footage if any or to pass on any information that the cops could use to nab the accused. Police considerably increased the patrolling in the area assuring the public the rapist would be nabbed. The Twitter handle for Wigan Council called the incident a "terrifying attack" while sending their "thoughts are with the victim and family." We wrote about a gang rape of a 21-year-old woman in the UK by a group of teen boys, one of whom was a 13-year-old minor. The attack took place at High Hazels Park, Darnall, in November of that year when the woman was walking through the park at 6 in the evening.

Some days later, the boys were caught from their homes, not very far from the place of the incident. The South Yorkshire Police said besides the 13-year-old, the other alleged rapists were 14, 15, and 16 years of age. The police issued two warrants as part of their inquiries. The teens were arrested on suspicion of rape and interrogated. Detective Inspector Ben Wood, who was investigating the case said, “There will be heightened patrols in the area from uniform officers to provide reassurance." There have been many cases where such minor boys and teens were involved in such horrible crimes. In Australia, a 5-year-old boy was raped by a gang of children between the ages of 10 and 13-years-old as per our report. The crime took place on the remote beach in Napranum, located on the northwest coast of Cape York in Queensland state.

The victim was airlifted some 800 kilometers away to Cairns Hospital for emergency treatment. The juvenile delinquents were taken into custody. The boys were also ostracised from their small community of 800 members whose members are in a state of shock. They have banned the accused children from returning to the town.