The couple's other children revealed to the authorities that their parents had often assaulted them. 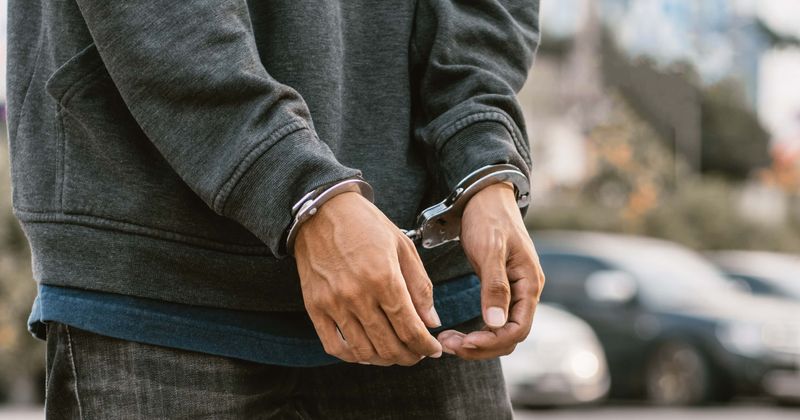 A father and stepmother have been arrested for physically abusing their young son so badly that he had to get part of his skull removed in an incident in Wyoming. Ryan Hilyard and Sarah Hilyard had reportedly beaten the 12-year-old boy multiple times causing severe injuries following which the boy's stepmother took the unresponsive boy to the hospital in August, read court documents. The boy's parents were taken into custody and charged with attempted murder and related offenses. When the authorities questioned the nature of the injuries and how they came about, Sarah Hilyard said the boy had fallen down the stairs, reported Wyoming Daily News. The boy's stepmother also attempted to pin the blame on his siblings, claiming the boy frequently fought with his younger brothers who are nine and ten years old.

The boy's situation was so critical that the medical staff had to intubate him immediately. The doctor ordered a brain scan and found that he had brain swelling as well as bleeding, resulting in a brain shift. The boy had also suffered a retinal hemorrhage, respiratory failure, and a traumatic brain injury. Sarah Hilyard reportedly told she had no idea how the boy had so many injuries. The boy's father backed his wife and claimed that his "best guess" was that his son had fallen down the stairs. Ryan Hilyard told authorities that he hadn't seen his son fall down the stairs but told them that appeared to be the case.

The cops weren't convinced with the explanation and carried out a search at their home and found that vomit had been cleaned up recently by someone in the boy's room. They also came across soiled clothing. “The kitchen had locks on the cupboards with food. The fridge/freezer combo had locks on the fridge and freezer,” a detective stated in the documents submitted in court.

After a search was carried out at their home, Sarah Hilyard attempted to change the narrative claiming she might have thrown her arm at the boy as he ran down the stairs, as a form of punishment. Sarah then claimed that she thought he was ok at the time and that's why she didn't take him to the hospital. The cops then spoke with the kids at the home, and one of them revealed that their parents had asked them to say that their elder step-brother had fallen down the stairs. He added that he was scared of Ryan ever since he picked him up by the throat.

The younger boy said that his father often suffocated him by pressing his face into stuffed animals for several minutes. He also told the authorities that Ryan had punched and dragged his elder brother before pushing him down the stairs. He said it looked like his elder brother "had no bones." As the elder brother lied down on the floor from pain, both Ryan Hilyard and Sarah Hilyard reportedly punched and kicked him multiple times. “Stop faking it, get up,” Ryan and Sarah allegedly told the victim. One of them told the investigators that they were often starved leaving them to search for food in the dustbin at school. They also got a recording in which the 12-year-old asks his stepmother for food to be allegedly told sarcastically that he had a “f—ed up little brain.” Following the horrific incidents coming to light, the kids were removed from their home and put under the care of social services. Ryan and Sarah have been sent to jail as they face attempted second-degree murder, aggravated child abuse, and child abuse. If you know of any children who are being subjected to abuse, please contact The Childhelp National Child Abuse Hotline at (800) 422-4453