The Blackout Challenge has been around for years, often referred to as the "Choking Game" or the "Pass-Out Challenge" 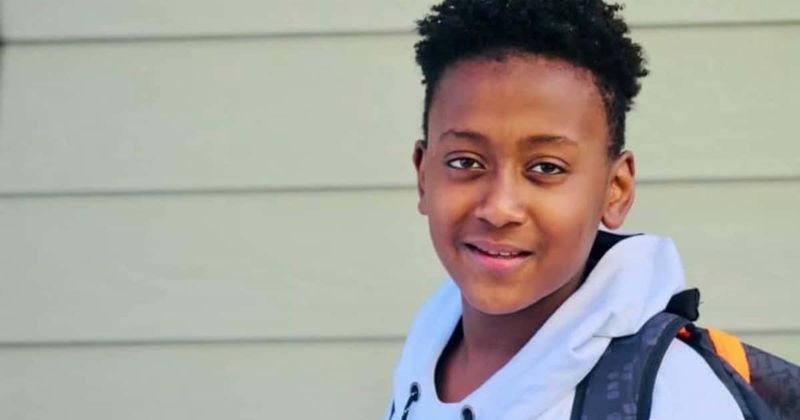 A 12-year-old boy named Joshua Haileyesus has been fighting for his life at Children's Hospital Colorado. It all started on March 22, when Joshua was found by his twin brother passed out on his bathroom floor. The young boy allegedly took part in the "blackout challenge" which is apparently "trending" on social media apps like TikTok.  According to the Denver Channel, it encourages children to choke themselves until they lose consciousness. "He’s a fighter. I can see him fighting. I’m praying for him every day,” said Joshua’s father, Haileyesus Zeryihun. "I can't even describe the grief and the devastation," said Hirut Yitayew, a family friend. "Nobody could ever imagine this would happen to a 12-year-old."

My heart goes out to his parents. So sad and unnecessary.

Several friends, relatives, and neighbors gathered at Children’s Hospital Colorado to pray for a miracle, hoping the young boy would somehow pull through. While Joshua has learned so many great things from the Internet like cooking, guitar, and acting, his parents are warnings others about the dark side of social media too.  "This is something that kids need to be given to be taught, to be counseled. Because this is a serious thing," Zeryihun said. "It's not a joke at all. And you can treat it as if somebody is holding a gun. This is how dangerous this is."

His father said that the boy used a shoelace to choke himself.

Joshua Haileyesus, 12, is fighting for his life after participating in the “Blackout Challenge,” a game seen on TikTok.https://t.co/QM5teBc7kc

"Joshua has a love for people that you wouldn’t expect in a child. Since he was very young, he always expressed compassion for others,” a family representative told CBS4. “He would pray for people who were sick, stand up for others who were bullied at school, and practice CPR in case he ever needed to save someone else’s life,” the rep added.

HEARTBREAKING: A 12-year-old boy is in critical condition after reportedly trying the “Blackout Challenge” seen on TikTok. https://t.co/zlaaOJKSzr

What's shocking is to know that these "games" have been around for a long time. The CDC identified 82 probable choking game deaths among people aged between six and 19 between the years of 1995 and 2007, reports Newsweek. Back in 2008, there were instances of a dangerous"choking game" that children were taking part in which involved "self-strangulation or strangulation by another person." In a statement to the outlet, TikTok said it blocks hashtags or certain searches "to discourage people from participating in or sharing potentially dangerous content," and said it removes content that "glorifies dangerous behavior" to prevent it from trending.

A GoFundMe page has been set up for Joshua that describes the young boy as "an incredibly intelligent, funny, caring, and gifted 12-year-old". "Together with his twin brother, he would learn and master new hobbies out of pure curiosity and drive. Whether it was playing soccer, barbecuing sophisticated meals (better than any adult in our family can), practicing professional photography, experimenting with 3D modeling software, learning the ins-and-outs of acting including screen-writing and costume design, playing guitar, and planning his future of joining the Army before becoming a First Responder, Joshua has an excitement and passion for growing and learning," it said.

The page also added that the family is  "concerned for other families who like ourselves, may not be aware of the existence of the Blackout Challenge and others like it. We are desperate not only to bring Joshua home, but to ensure that nothing like this happens to anyone else. We urge the community to spend awareness about Joshua and the real risks involved in not having knowledge of what kinds of activities children are involved in."

Things tragically seem to be looking bleak for the family who is feeling helpless. Joshua’s father told KCNC that the doctors "told me the bad news that he’s not going to survive, he’s not going to make it.” Zeryihun said: “I was begging them on the floor, pleading to see if they can give me some time, not to give up on him. If I just give up on him, I feel like I’m just walking away from my son.  I’m paying the price right now. I’m living the life, and I hate for other parents to go through this.”