Genius Boy, 12, From Georgia Starts Sophomore Year In College, He Read The Constitution At 2 Years Old

Caleb Anderson from Marietta was the youngest African-American boy to be accepted into Mensa when he was 3, claim his parents 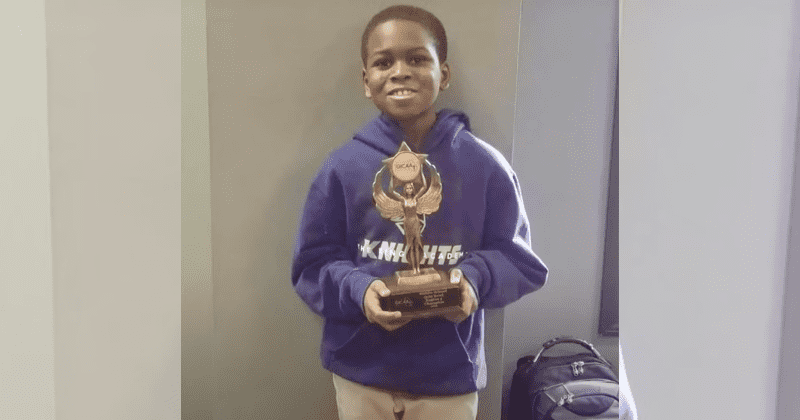 Caleb Anderson is no ordinary 12-year-old. Even before he could verbally communicate, he had mastered sign language. At two-years-old, he could read the entire Constitution of the United States. At three years, he qualified for the Mensa, an organization comprising of kids and people with the highest IQs in the world. He joined the group at five-years-old and was the youngest African-American child to be accepted into it at that time, according to his family. According to Mensa, people can become members if they "score at or above the 98th percentile on a standard test of intelligence."

He has also mastered a number of languages such as French, Spanish, and Mandarin, besides, of course, English. And now, among his growing list of feats is his recent enrollment into the sophomore year of the Chattahoochee Technical College, where he will be majoring in aerospace engineering. The sky is the limit for this child.

His parents, Claire and Kobi Anderson, realized from the very beginning that their child was special. "By nine months old, he was able to sign over 250 words, and by 11-months-old, he was speaking and reading,” they said. Caleb's dad Kobi told 11Alive, "As we started to interact with other parents, and had other children, then we started to realize how exceptional this experience was, because we had no other frame of reference.” The family is from Marietta.

In school, Caleb said he was bored with his classes since it was not a challenge for him. His elementary, middle, and high school years passed without any difficulty. Claire told the outlet, “He said, ‘mom I’m bored. This is not challenging. It’s really not helping me grow in my learning, and I think I’m ready for college.’”

Caleb's parents probably knew he would be sent to college earlier than most children. When asked what it was like to be one of the youngest, if not the youngest person in his college, Caleb replied, “It was exactly how I expected it to be like, if I were 18 or something.” He already has his eyes set on where he wants to go after Chattahoochee - Georgia Tech or MIT. He will be 14 when he passes out of college.

According to the Andersons, there were many other African-Americans out there who are as gifted as their son but they simply haven't been found yet. They believe the race of a child is something that plays a part when it comes to how they are perceived. Claire, who is an educator, explained, “I think people have a negative perspective when it comes to African-American boys. There are many other Calebs out there. African-American boys like him. From being a teacher - I really believe that. But they don’t have the opportunity or resources.”

With Caleb going off to college, it's been quite an experience for Kobi since he needs to still look after his genius child. Kobi, who acts his chaperone, said it was like he was "going back to college.” However, he admits, he is nowhere near his kid's abilities and is not "his study buddy".

Elon you got some competition !!!

“He has far surpassed me in math, so I can’t help him anymore. Seriously! He’s in calculus two now!” he said. Claire further said children need to do their own thing and that they should not be pressurized by parents to fulfilling their wants. Investing in a child's skills and talents is crucial but one should never lose sight of creating a love for learning in a child. She also said kids needed to learn to appreciate other people's gifts.