trending celebrity people lifestyle news animals
11-Year-Old Girl Gives Birth To Baby, Her Parents Say They Had No Clue She Was Pregnant

11-Year-Old Girl Gives Birth To Baby, Her Parents Say They Had No Clue She Was Pregnant

Her family said they had no idea their child was pregnant. 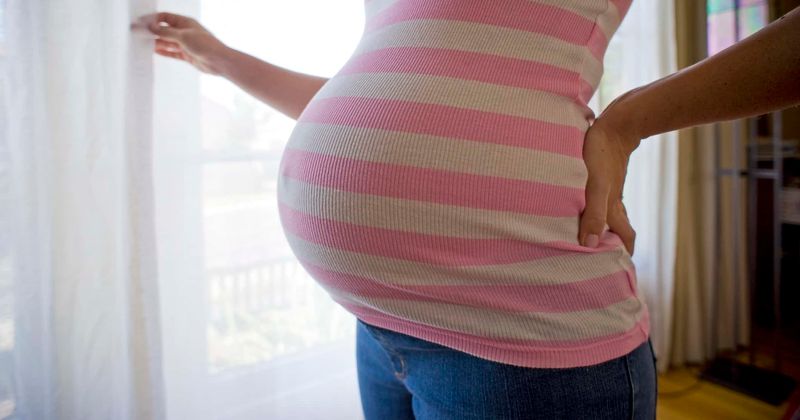 Trigger Warning: The story has details of rape that readers may find disturbing.

An 11-year-old girl in the UK gave birth to a baby, making her possibly the youngest mother in that country. Her parents said they didn't have a clue she was pregnant. Meanwhile, authorities like the police and social services have started an investigation into the case. "It has come as a big shock. She’s now being surrounded by expert help. The main thing is that she and the baby are OK. There are questions around why people did not know. That is very worrying,” a source in the family told The Sun. There are a number of dangers associated with giving birth at such a young age as explained by Dr. Carl Cooper. She said, "This is the youngest mother I’ve heard of. The average age at which a girl begins puberty is 11, though it can be anytime between 8 and 14, or younger. Weight affects many hormones."

Shocking...how did her parents not know.
The Sun: Girl aged just 11 gives birth and is believed to be Britain’s youngest ever mum....https://t.co/XvGvgrjQYV

She added, “Because children are heavier, puberty is happening earlier these days. There’s a higher risk of a low-birthweight baby, pre-eclampsia, premature labor, and many infections. Around one in every 2,500 births happens to someone who doesn’t know she’s pregnant (or has hidden it).” The youngest mother so far in the UK was a woman named Tressa Middleton who gave birth in 2006 when she was just 12 years old. Tressa wrote a memoir where she recounted her life of abuse and childbirth. In a description of the book, it was highlighted Tressa was raped by her brother and bore his child. It read further, "Born into a life of poverty and neglect, Tressa was forced to grow up fast when she was taken into care at just four years old."

Britain's youngest mother who gave birth at 12 is pregnant again at 23 https://t.co/caekhPP4Rj pic.twitter.com/kjKoeFrtYy

It added, "She was returned to her mother's chaotic world but by the age of seven, she was being abused by her own brother and at 11 years old she fell pregnant with his child." Another case in the UK was reported in 2014, where the mother and father of a newborn baby were was 12, and 13 respectively. The youngest recorded and confirmed mother in the world was Lina Medina who gave birth to a baby boy when she was just 5 back in 1939 according to a Wired report. She gave birth to a 5-pound, 8-ounce baby via cesarean. Lina's physical features were like an adult with well-developed sexual organs when she was a child. She apparently had her first menstrual cycle when she was just eight months old and her breasts were almost completely developed when she reached 4 years.

There's a medical term for conditions like this and it's termed "Precocious Puberty." It was described by Mayo Clinic as a condition "when a child's body begins changing into that of an adult (puberty) too soon. When puberty begins before age 8 in girls and before age 9 in boys, it is considered precocious puberty. Puberty includes rapid growth of bones and muscles, changes in body shape and size, and development of the body's ability to reproduce. The cause of precocious puberty often can't be found. Rarely, certain conditions, such as infections, hormone disorders, tumors, brain abnormalities, or injuries, may cause precocious puberty. Treatment for precocious puberty typically includes medication to delay further development."