A single mother shared an emotional story of the relationship between her daughter and her birth father. 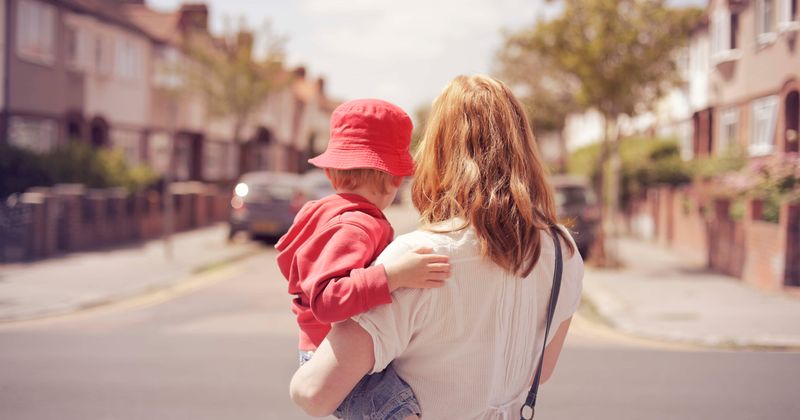 Sometimes it doesn't matter if you are raised by one parent or two. As long as that person (or persons) treats you with kindness, respect, and love, you can still grow up strong and mature even at the tender age of 11. This little girl was abandoned by her father when she was just 4 years old, and it's evident that her mom raised her to be kind and more surprisingly, forgiving. According to Little Things,  a single mother named Jennifer shared her story in the comments section on the Humans of New York post. The blog is immensely popular for its raw, powerful stories of regular people. One such post was about a man’s difficult relationship with his father.

The post reads: My father never liked me. The last time I saw him, I hid from him. We both went to visit my grandmother at the same time. When I heard that he was on his way, I hid beneath the staircase, and I watched his back as he walked away. I never saw him again. My sister was with him when he died. She says he cried a lot. A Facebook user by the name Whitney Neill said: No one should feel like they have to hide from their father under a staircase. The story resonated with thousands of people who were also sharing their own stories about absent fathers. Jennifer left a comment under that same post, sharing her own story.

The comment has since been deleted, but at the time, she wrote: My daughter has not seen her biological dad since she was four. She's 11 now. When she was two, he contacted me and asked if I would allow him to terminate his parental rights, so he could stop paying child support, and I agreed. I wanted to spare her the heartache of a revolving door father and the sacrifice of the financial support was well worth him never being able to disappoint her again. I never lied to her about where he went or who her dad was. I have always answered her questions in the most age-appropriate way possible. When she was four, he contacted me and told me he has been diagnosed with cancer and would like to see her. I set aside a day and we met in the park. He had asked for two hours. He stayed 20 minutes and we never heard from him again. Over the summer, we ran into somebody that knows him and they commented on how she looks like his other children. They elaborated that he has settled down and has a family now. My stomach tied itself in knots thinking of how hurtful that must be to my daughter. I cut the conversation short and we got in the car to leave and that's when I saw her smiling. She said "mom.. He figured out how to be a dad. That's such a nice thing. I'm happy for his kids." And that's the day an 11-year-old taught me all I need to know about forgiveness.

In most cases, parents believe that they are teaching their children important life lessons but sometimes it can happen the other way around. This mom learned a valuable lesson from her young daughter that day: Empathy and forgiveness help build character. The father made it clear that he did not want to be in his daughter's life. Or her mother's. But when the daughter learned about his new family, what she said was so powerful. So wise, kind, and way beyond her years.  It's something that continues to strike a chord with everyone who reads about it. Isn't it funny how sometimes all it takes is an 11-year-old girl to show us what really matters in the world?