10-Yr-Old Boy Throws Water On Neighbor's Cat, Owner Teaches A Lesson By Throwing Water At Him 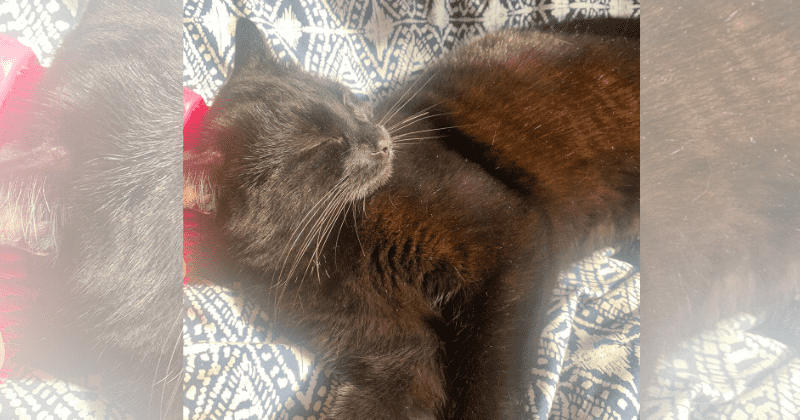 A post on Twitter where a woman recounted how she threw basin water on a neighbor's son after he poured water on her cat has divided people. The viral thread had many debating and commenting as to who's action was wrong or right. Twitter handle @shannoncooperox wrote a post on May 20 about how a 10-year-old boy next door "threw a cup of water over my cat" while he was just sitting on the fence and minding his own business. Not only did the kid throw the water but he even "laughed" about it angering Shannon further. She immediately reacted and threw "a basin of water over him from the window" as an act of revenge. The boy's father got to know about the incident and was at her door "going mental"  about what she had done. Shannon, however, is not one who felt even an ounce of guilt because she said the boy deserved what she gave to him.

My 10 year old neighbour just threw a cup of water over my cat who was sitting on the fence minding his own business n laughed so I threw a basin of water over him from the window and now his dad is at my door going mental but I don’t see the problem, don’t touch my cat

will throw it over u too Brian

She concluded her tweet with a warning, "I don’t see the problem, don’t touch my cat". As of Wednesday, this post has been retweeted 79,000 times and liked over 600,000 times and received over 4000 comments. In a later tweet, she also named the boy's dad as "Brian" and said she would not mind throwing the water even him too if he wronged her or her cat. A lot of people supported Shannon and said she was right in reacting the way she did because the boy needed to be taught some manners from his dad. Twitter handle, bpd&me @_hallowmomaf replied to Shannon and stated: BAHAHAHHAHA ITS WATER the dad needs to chill. He should teach his kid to be nice to animals. I would've answered the door to a bucket of water in his face. Another handle, April/Moose (Euronymoose)@Euronymooose continued in this same vein:  Justice has been served for the kitty.

And that dad needs to go back home and teach his son not to find amusement in being cruel to animals.

She added: Also his dad should teach his shitty kid to be nice to animals. I don't let little kids anywhere near my pets if I can help it. They're too damn rough and their parents don't do anything about it until the kid gets scratched or growled at. Other's like Mils@Millydaydreams  wanted the revenge to be taken a notch higher with Shannon actually throwing water on the father of the boy. This person wrote: Just start throwing water on the dad now. Don’t stop throwing water until your cat is avenged. There were those who thought while what the boy did was wrong, her action was uncalled for especially from an adult. Twitter handle kilOG @kil_og23 wrote in this regard: I get your point but as a parent I would’ve been pissed too. If my child is doing wrong you come and talk to me about it and I will correct it. Another handle Britt-Bratt:)@_TrueeBliss said she would have "pressed charges" if she was in the dad's place.

Kids are kids, yet this animal abuse is not okay and the parent must address it.

Have you received an apology as of yet?

I’m a mother and a cat owner. Kudos to you. I’d throw water on my own kids if they did that to the cats.

She replied to Shannon's post:  You said he threw it over your car who was on the fence... so the cat didn’t even get wet ? Maybe he wanted to play and wasn’t sure how initiate it. If I was his dad I would’ve pressed charges. Anybody who reacts like that off of a first offense is somebody to be watched. Shannon realized the angry reactions over the post and addressed this fact in another post two days later where she wrote she and her neighbors had made up about the incident and were even "laughing" about it. Shannon wrote: people r so mad over this, the kid and his dad were laughing about it today, we r friends (also might I add the dad never knew what his son done which is why he was mad to begin with) also the kid is 13 he rlly looks fkn 10 lmao. And as they say - all's well that ends well.