Ricky Lee Sneve jumped into the Big Sioux River after his sister Chevelle, to save her from drowning. Unfortunately, he did not survive. 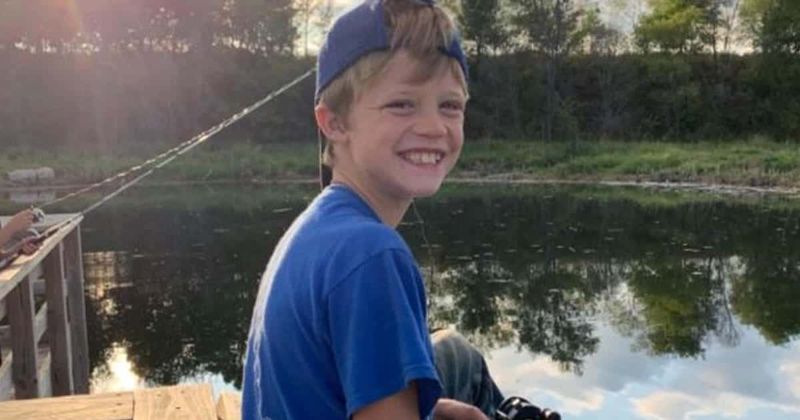 A 10-year-old boy named Ricky Lee Sneve tragically died after he jumped into a South Dakota river after his younger sister, saving her life. His mother, Nicole Eufers, said he was out on the river with his dad and siblings. The young boy leaped into the water to help his sibling after she fell in. However, when his father and siblings turned around, Ricky was missing. The boy’s father, Chad Sneve, said his son was the type of boy to do anything for anyone. And surely that was true. The little boy who was just 10 years old turned out to be a brave, selfless hero. It's tragic to see how a family outing turned into such a heartbreaking tragedy.

The boy's uncle Ricky Eufers set up a GoFundMe page on behalf of his sister, Nicole Eufers. The fundraiser stated: This gofundme is to support my sister who is a single mother of four after a tragic death of her 10 year old son.  My nephew jumped into the Big Sioux River to help his little sister who had fallen in and didn’t come back up to the shore after getting his little sister to safety. Ricky Lee was a very intelligent and smart young boy who loved his family and was an adventurous little guy. He’d do anything to help his mom or anyone at that, without ever being asked. Ricky gave his life trying to do what he knew was best. Please help my sister Nicole have some relief in these absolutely difficult times. Al donations will be sent to her relief. The fundraiser has since raised $30,636 out of its $25,000 goal so far.

Nicole Eufers spoke to the Argus Leader and shared that Ricky was on the river with his dad and siblings when several of them fell into the water. "Dad jumped in for two of them, and Ricky jumped in to save his sister Chevelle," she said. The young boy was somehow able to manage to pull his sister safely to shore. Tragically he disappeared under the water and did not come back up.  Eufers told the Argus Leader that "he saved his sisters' life." The incident took place around 7 p.m. and prompted a "large-scale rescue operation," the Lincoln County Sheriff's Office said in a statement. First responders from multiple counties and agencies were searching the river in an attempt to find Ricky. A dive team recovered the child's body around 10:30 p.m., authorities said.

Ricky Sneve was a brave child, and those close to him say he was always eager to help others. https://t.co/Bry0t1GIff

Ricky's father, Chad Sneve told the Argus Leader, "He was generous, kind and special in more ways than I can begin to explain. He was my everything, and he touched everyone he encountered." Ricky's mom called the little boy who was the oldest of her 4 children her "best friend" Eufers told the newspaper that he had five siblings, and loved fishing, working on his four-wheeler with his stepdad and helping his stepmom cook and clean. "He taught me how to love and appreciate life," she said. "He never failed to amaze me."

Heroes aren't made, they're born naturally and come in all different sizes shapes and colors!
Rest in peace little Man, and continue to watch over your family! pic.twitter.com/2X5F9QJRVv

Many people who heard the story of the young child's bravery shared their condolences to the family. Margaret Gillespie wrote: Prayers for the family for their tragic loss. Thank you to all responders. Babs Merchant added: My deepest sympathy for the family. My thoughts and prayers are with them. So very hard to lose a child in such a tragic way. God be with you all during this difficult time Angie Riddell shared: My deepest sympathies to the family, friends and rescuers of Ricky. You all are in my prayers.

How depressing and now the sister will never get over it. Be Safe out there folks. RIP LITTLE HERO..