The boy's parents took him to the hospital twice in a span of two weeks. A urine test determined that there were drugs in his system. 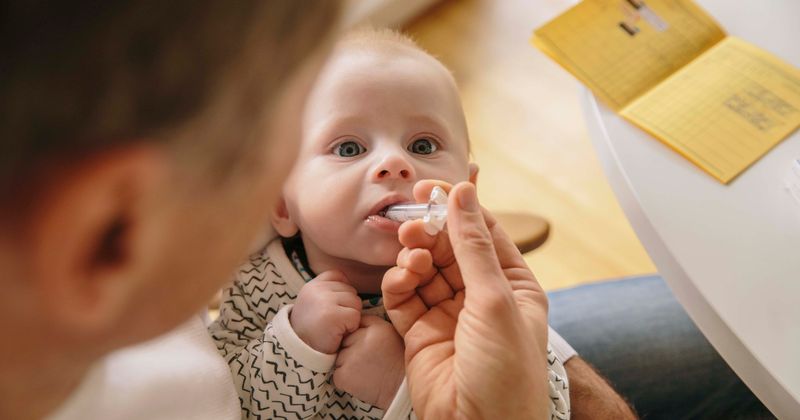 Trigger Warning: The story has details of child abuse and child endangerment that readers may find disturbing

A couple in Pennsylvania has been charged with drugging their 1-year-old child with a cocktail of drugs that include meth, heroin, and fentanyl multiple times and endangering his life. The little boy was taken to a hospital in Bethel Park twice this month with his parents claiming that the boy was choking. However, there was nothing in the boy's condition that was consistent with the parents' claims. The hospital staff got suspicious when the parents brought the boy there a second time. A urine test of the boy found various drugs in his system. His parents David Bianco,32 and Ashley Hammill, 31 called 911 the first time on July 10 in 1.15 p.m complaining that their child not breathing, being unresponsive, and turning blue, reports WPIX.

According to investigators, the couple told them he had "choked on food." Medics took him to a hospital but on their way there the child stopped breathing several times. They diverted the ambulance to another hospital, St. Clair Hospital, and life-flighted him to the Children’s Hospital. The second time the child was taken to a hospital was 13 days after the first incident. They once again called 911 about their boy choking on food. Again he was in and out of consciousness while being taken to a hospital as he stopped breathing several times according to the police. The Bethel Park Police Department conducted a search of the couple's house and found numerous drugs and other paraphernalia all over the place. They even said the couple did not make any attempt to even hide or secure them from the baby, according to KDKA2.

Open syringe needles, meth were found in the house and mixed with a baby’s belongings, and the police said the child may have been drugged multiple times. Police believe this might be how the baby got hold of the drugs. Of the four rooms in the couple's home, drugs were allegedly found in three rooms. "Disturbingly, they were able to find throughout the residence, including in the baby’s room items of drug paraphernalia," Tim O’Connor the Bethel Park Police Chief, said. According to a police statement, the couple "were arrested and charged with Endangering Welfare of Children, Recklessly Endangering Another Person, and Drug Law Violations."  O’Connor added, “Thankfully we’re able to intervene and put a halt to a lot of it. Over the years, it does take on police officers that have to deal with this on a regular basis."

He stated, "We hope going forward that the county authorities can get the child to a safe place." O'Conner further revealed the child is in a safe place as of now but did not specify where exactly the child is or under whose care he might be.  Both Bianco and Hammill have preliminary hearings on August 8. Unsurprisingly, this is not the first time parents have abused their kids by deliberately drugging them. Take the case of this cruel mother, we wrote about, who rubbed heroin on the gums of her 1-year-old baby in order to put her to sleep. Kimberly Nelligan, 33, is believed to have done this at least 15 times in two months. The mother was arrested and charged with child endangerment and possession of drugs.

REPORT: Man accused of drugging two-year-old with cocaine and sexually abusing her https://t.co/QMBDXYB0Xc

Similarly, an Illinois couple - Matthew Miller, 40 and Lacey Take, 31 - gave 2-year-old child cocaine. Miller also then sexually assaulted the girl and even bit her during the act. The child is believed to have been sexually assaulted twice. While Take did not directly take part in the assault, she neither stopped it from taking place nor did she inform the authorities. The couple was arrested and charged with three counts of sexual assault and four counts of aggravated battery.