The boy was in his stroller when he was shot at 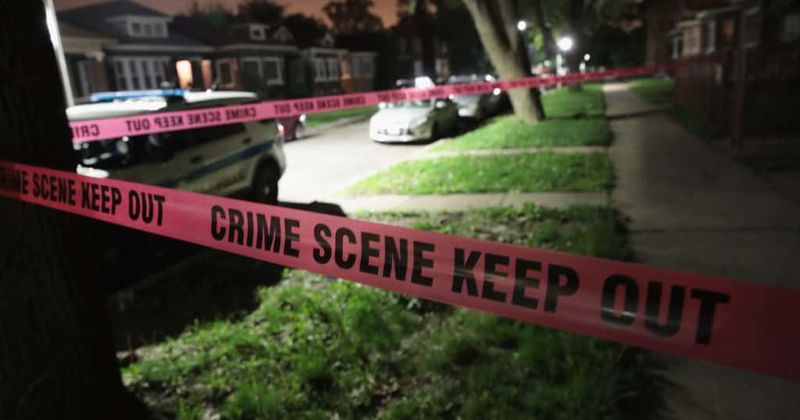 Trigger Warning: The story has details of shooting, gun violence and death of a child that readers may find disturbing

During a cookout on the Brooklyn sidewalk, a one-year-old boy was shot in the stomach and died. Cops confirmed the news on Monday and stated that the baby was shot in addition to three other men. The incident took place at around 11:35 p.m on Sunday in front of Raymond Bush Playground at Madison Street near Marcus Garvey Boulevard in Bedford-Stuyvesant, police sources added Two men drove up in a dark SUV and opened fire at the cookout, Daily News reports. The injured child was immediately taken to Maimonides Medical Center where he was initially expected to survive. Unfortunately, the doctors at the hospital pronounced him dead just after 2:30 a.m. For official reasons, his name was not immediately released by police but he was later confirmed to be Davell Gardner Jr, the New York Times reported. The three other individuals aged 27, 35, and 36 were shot in the ankle, groin, and leg respectively. They too were hospitalized but are expected to recover.

"This is so painful," Mayor Bill de Blasio said at a news briefing on Monday, before calling for a minute of silence. "It’s not something we can ever look away from." The outlet added that the death struck a hard blow to a city that has already been on edge due to a relentless surge in gun violence amidst the pandemic and weeks of protests against police brutality and systematic racism. "These are the very real people affected by senseless gun violence," Police Commissioner Dermot F. Shea said on Twitter on Monday. As of July 12, there had been 634 shootings in 2020, compared with 394 in 2019. At that pace, the city would top 800 shootings for the year. It would be the first time in three years that the city had reached that number.

BREAKING: A one-year-old is among four people shot on Madison Street in Bed-Stuy tonight. The family was enjoying a sidewalk cookout when shots rang out outside Raymond Bush Park. The infant suffered a gunshot wound to the stomach. All are expected to survive. pic.twitter.com/kj6nufCOHL

"He was the joy of my life," the slain boy’s devastated grandmother Samantha Gardner told the Daily News. "I just got a call saying my grandson was shot." Gardner wasn't at the cookout which took place on Sunday night. She said that it was a family gathering of people related to the boy's mother. She heard the devastating news much later. Davell's mother was with him when the incident took place. Gardner ended up having to break the news to her son about his son’s death, after hearing if from the boy’s mother.

The conservatives’ glee everytime something bad happens in a liberal city is disgusting and unAmerican.

If only we had a Rep that worried about our district as much as he does the city 60 miles away. #FlipNY01