Both parents have charged with second-degree murder, reckless driving, and child abuse. 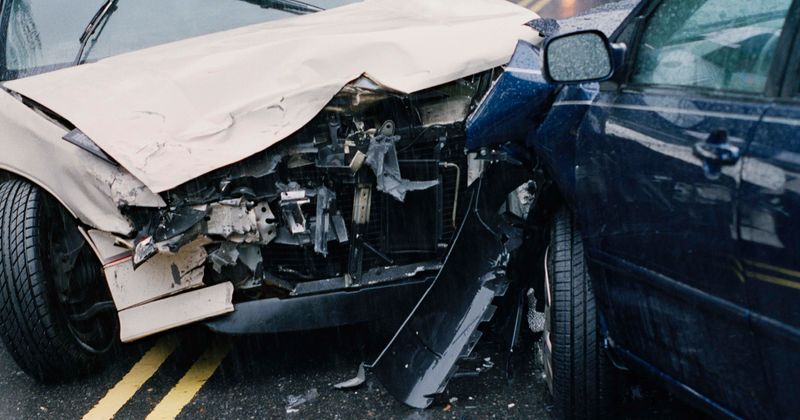 Twenty-four-year-old Lauren Prescia was taken into custody by police in Las Vegas, Nevada after a car crash left her 1-year-old son dead. The mom was identified as the culprit in the incident after being found to have been speeding at over 121 miles per hour before her car crashed while she was with her son Royce Jones. The car crash happened on July 12.

The boy's father has since been speaking about what happened. "He didn't deserve that," Cameron Hubbard-Jones told KTNV. "He was so perfect." An arrest report stated that Prescia appeared to be under the influence when police arrived on the scene about 7:34 pm that day.

#UPDATE: @LVMPD has arrested 23-year-old Lauren Prescia, the woman allegedly behind the wheel in last night's crash that killed her 1-year-old son.

Police say she was driving 121 miles per hour and was impaired @KTNV pic.twitter.com/6XtOeRfH3w

According to the report by 8NewsNow, Prescia was allegedly driving a 2020 Hyundai Sonata when an officer came to investigate. The officer cited that she "had blood-shot eyes and [the officer] could smell that she was emitting a strong odor of an alcoholic beverage from her person." The accused later went on to admit to the officer that she did drink two 12-ounce White Claws about 4 pm that afternoon. The investigating officer added that her speech was slurred as she was attempting to explain how her son Royce had been in the back seat.  Right before the collision, Prescia had been driving northbound on North Rampart Boulevard and approached an intersection "at a high rate of speed."

INDICTED: A grand jury indicted Lauren Prescia and Cameron Hubbard-Jones in the deadly crash that killed their 1-year-old son on July 12. #8NN https://t.co/w2u3IzjhEm

The outlet went on to state that there was another car, a white 2011 Nissan Sentra that made a right turn onto North Rampart Boulevard. Just as the car was coming into one of the three northbound lanes, it was struck by the right front side of Prescia's car. The collision that followed ended up causing the Nissan to spin the other way and finally come to a stop 134 feet away from where it was hit.  Meanwhile, Prescia's car continued in the north direction "yawing to its right." It traveled 424 feet before striking the raised curb of a private driveway that serves as an entry to a shopping center. "The right side of the Hyundai struck upright support for a marquee posted north of the private drive," the report states. "The entire right side of the Hyundai from the front passenger door was [sheared] from the vehicle."

Lauren Prescia appeared in a Las Vegas courtroom this morning where prosecutors asked for cash bail, arguing she was a "clear and present danger" because of her reckless driving. https://t.co/EOFAa8S2kG

This was rather unfortunate as it was on the right side of the car where 1-year-old Royce's forward-facing car seat was. Later police reports add that Royce "sustained severe trauma to his head." A county coroner's investigator pronounced the boy dead at the scene about 1:10 am on July 13. Police also went on to speak with Royce's father who told them that he was in the process of a custody exchange when the incident took place. Jones went on to tell the police that he too was driving northbound on North Rampart Boulevard and the two co-parents were communicating while driving. Then Prescia would allegedly tell him that she would "beat him home and began speeding." She then passed him near the intersection, but he recalled telling her to "slow down because she had his son in the car with her."

“If you would do that with your infant child in the car, it gives the court very grave concerns as to the safety of the community,” the judge told Lauren Prescia, 23 https://t.co/4g0mRWeIGC

Things took a turn for the worse as he began to approach the intersection. He confirmed that Prescia passed right through it and that she "hit a car" as she tried to change lanes. When he got there, Royce was still in his seat and he was able to remove him from it. "I seen him in his car seat, I got him out, I thought he was OK until I felt his head and then I knew," the dad told KTNV. Meanwhile, the police report went on to clearly state that Prescia was able to get out of her car without help.

Both the mother and father were charged with second-degree murder, reckless driving, and child abuse, reports Las Vegas Review-Journal. The father was arrested a few days after the mother when authorities contended that the parents were "street racing" after tracking their phone records.

23-year-old Lauren Prescia’s bail is set at $50k. If she makes bail, she’ll be subject to electronic monitoring, alocohol monitoring, and will not be allowed to drive anywhere expect work or to medical appointments. @KTNV pic.twitter.com/flUywVvfrN